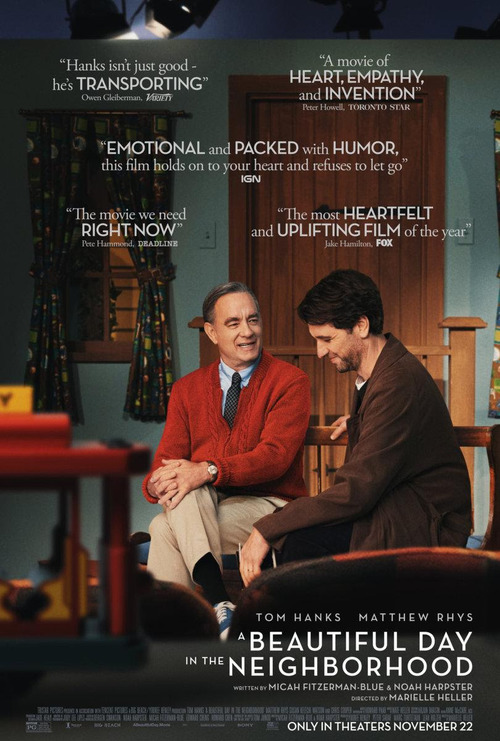 A Beautiful Day in the Neighborhood (2019)

NR
Fred Rogers delighted generations of children through his popular PBS television program, Mister Rogers' Neighborhood. But what was the man really like when the cameras were no longer rolling? In November 1998, journalist Tom Junod attempted to find out by penning a lengthy, well-received article for Esquire magazine. While researching the piece, titled "Can You Say . . . Hero?", Junod struck up a friendship with Rogers that would last for the remainder of the icon's days.
MOST POPULAR DVD RELEASES
LATEST DVD DATES
[view all]