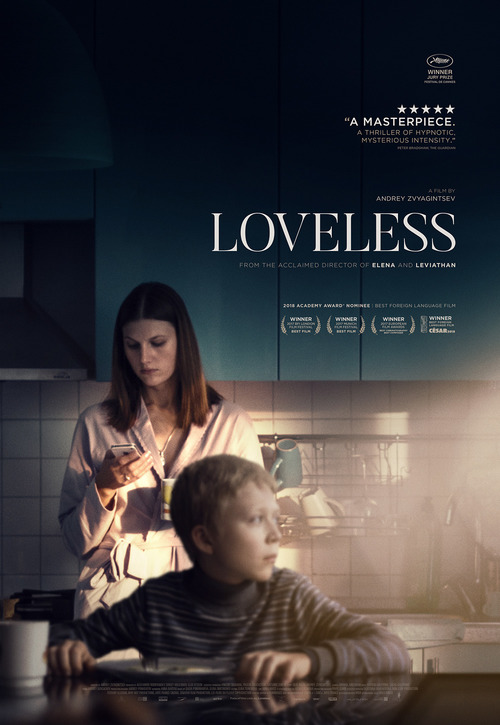 7.7
The ill-fated love of Boris and Zhenya, two soon-to-be divorcees, has driven a wedge between them and their adolescent son, Alyosha. While grappling with the love lost between his parents, Alyosha becomes nothing but a pawn during the custody battle. Void of love and hope, Alyosha is propelled into a whirlwind of heartwrenching and harrowing emotions. When sorely overpowered by his distressing sentiments, Alyosha abandons his family in the pursuit of a life sans bitter parents. Though Boris and Zhenya are at odds, they must band together for the sake of their son.
MOST POPULAR DVD RELEASES
LATEST DVD DATES
[view all]