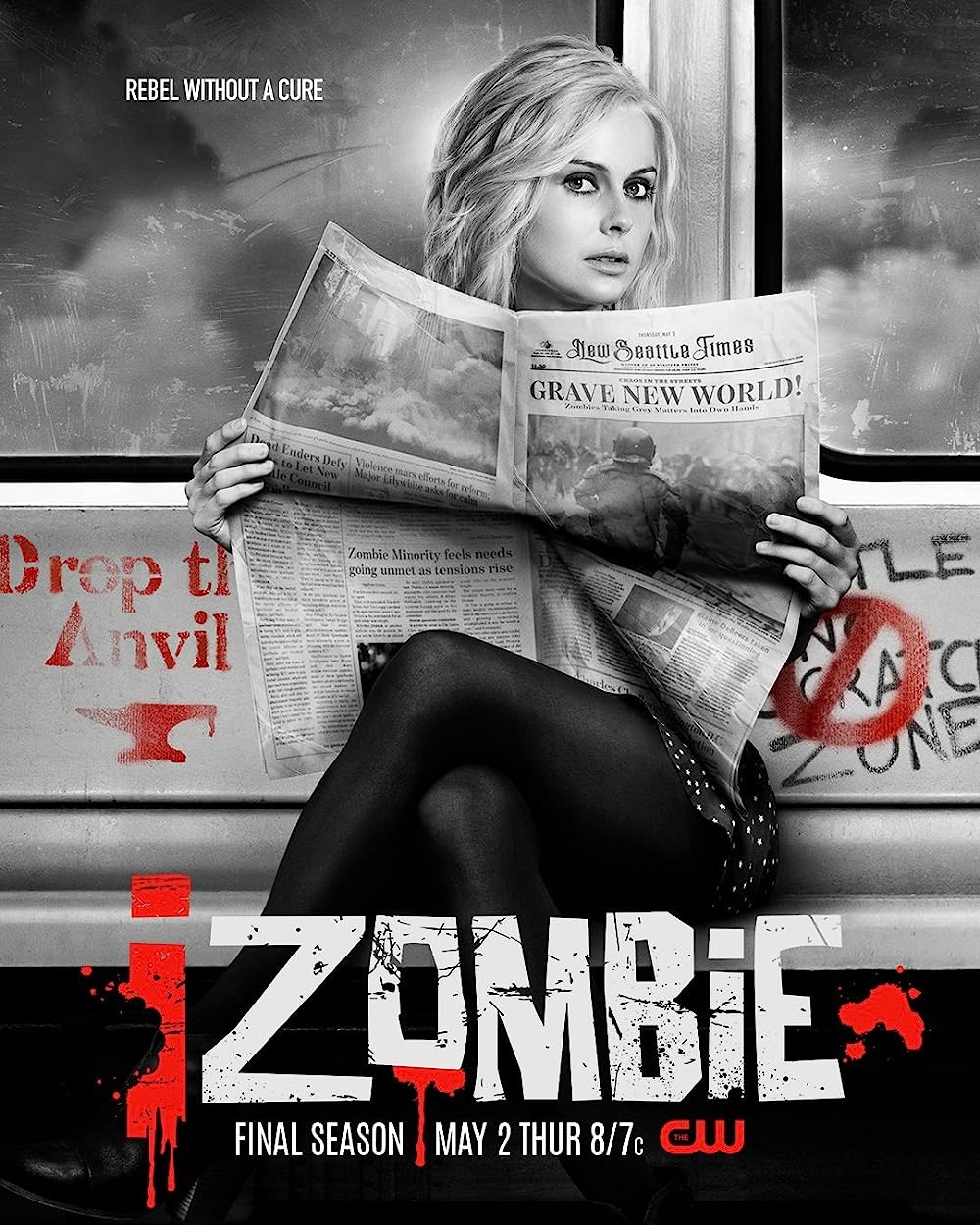 7.8
Based loosely off a comic of the same name, multi-genre iZombie chillingly follows the life of medical resident Olivia Moore, best known as Liv. Liv has a career and a fiance, all of which she has to let go of when she is suddenly turned into a zombie. With a craving for brains, Liv decides she does not want to be the conventional zombie and feed off of living people. So, Liv makes the decision to get a job at the morgue and eat the brains of the corpses she autopsies. With her new lifestyle, she'll find herself living more than she ever did.
MOST POPULAR DVD RELEASES
LATEST DVD DATES
[view all]