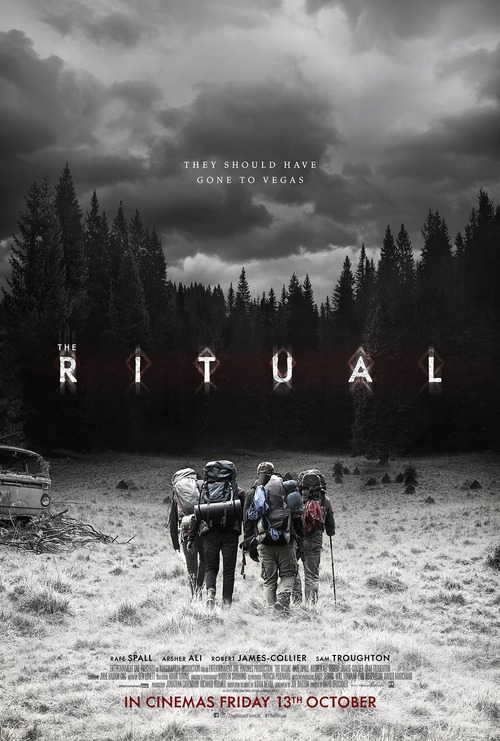 TV-MA Horror
The products below contain affiliate links. We may receive a commission for purchases made through these links.
POSTERS
‹ ›

6.3
Four friends, Luke, Phil, Dom and Hutch, decide to trek through Sweden's Sarek National Park on the King's Trail or Kungsleden to honor their deceased friend Robert. Six months ago, Robert died during a robbery at a convenience store. When one of them twists his ankle on the trail, they decide to cut through a nearby forested area to get back to civilization faster. As they walk deep into the trees, they find themselves questioning their sanity as they come across strange runes carved into trees and animal sacrifices. Something in the woods also appears to be stalking them. They eventually stop to rest at an abandoned cabin, but they soon discover a human-like effigy with antlers. As their fears grow and puts a strain on their friendship, they realize that their only hope for survival is to work together to escape the forest before it's too late.
MOST POPULAR DVD RELEASES
LATEST DVD DATES
[view all]