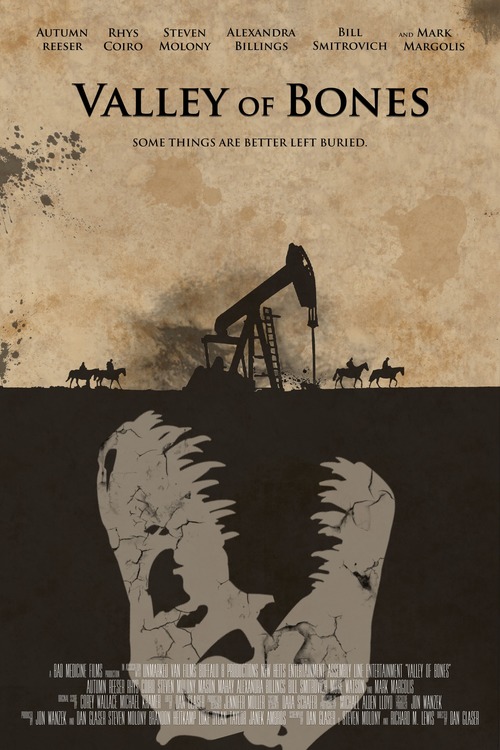 R Crime, Thriller, Western
The products below contain affiliate links. We may receive a commission for purchases made through these links.
POSTERS
‹ ›

4.1
After surviving a brush with death from a drug cartel, oil worker and recovering addict McCoy discovers the skeletal remains of a Tyrannosaurus Rex in the Badlands of North Dakota. Single mother and struggling paleontologist Anna agrees to team up with McCoy to unearth the rest of the remains and split the multi-million dollar profits from their find. Anna soon finds herself and her ten-year-old son in danger, however, when McCoy agrees to trade the T-Rex's remains to the cartel in exchange for the safety of his daughter. Mother and son flee to a nearby ranch seeking safety, but the lure of the prehistoric find keeps pulling Anna back into harm's way.
MOST POPULAR DVD RELEASES
LATEST DVD DATES
[view all]