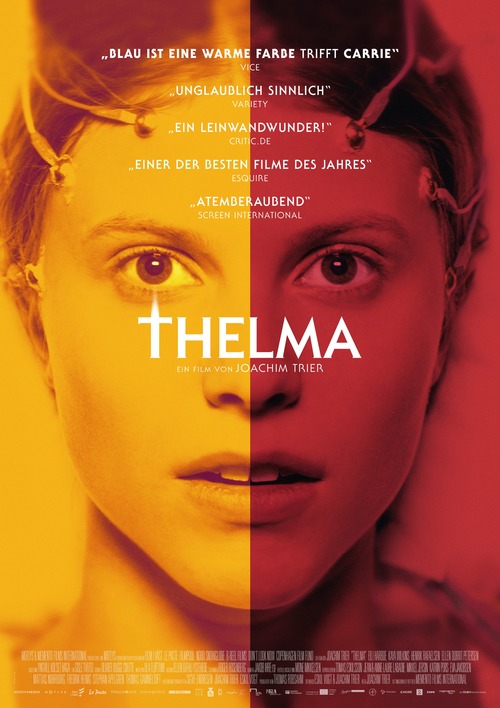 NR Drama, Mystery, Romance
The products below contain affiliate links. We may receive a commission for purchases made through these links.
POSTERS
‹ ›

7.0
In the midst of falling in love, a woman named Thelma discovers that she possesses powers she never even would have dreamed were possible. Everything about her life seems to be spiraling out of control. Not only has she experienced a grand mal seizure, but she is also dealing with the fact that she has fallen for a woman. This runs counter to the way she was raised, but it seems that fate has serious plans for her.
MOST POPULAR DVD RELEASES
LATEST DVD DATES
[view all]