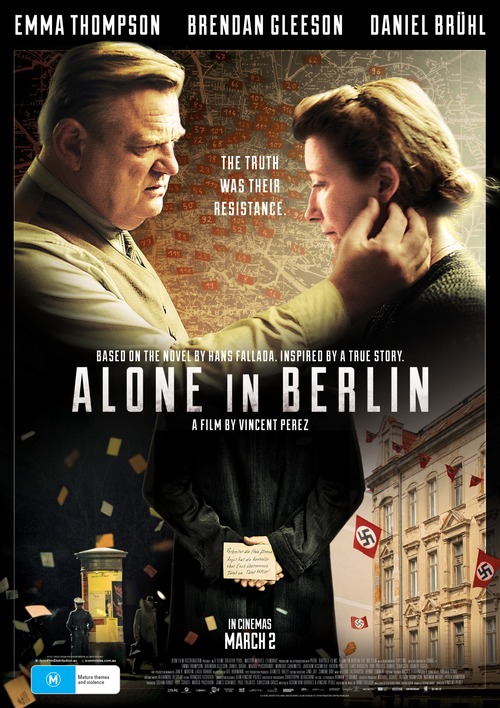 6.5
Anna and Otto are devastated when they learn that their only child has died in the service of the Nazi army. It's World War II, and uncertainty and danger abound. Still, the two of them are determined to channel their grief into something useful. Furious at the Nazi regime for the death of their son, they take it upon themselves to resist by hanging anti-Nazi posters in public places. They know that this could get them killed, but they continue to do it in an effort to avenge their beloved son and help restore Germany to its former glory.
MOST POPULAR DVD RELEASES
LATEST DVD DATES
[view all]