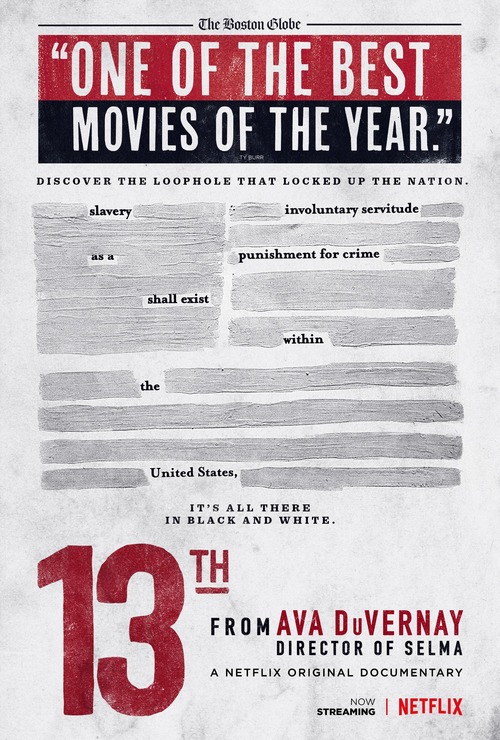 TV-MA Documentary
The products below contain affiliate links. We may receive a commission for purchases made through these links.
POSTERS
‹ ›

8.2
It was thought that slavery was outlawed long ago, but according to the 13th Amendment to the US Constitution, those convicted of crimes are an exemption. Involuntary servitude is a perfectly legal practice as a form of punishment that is seen in the prison system of the United States. Mainly focusing on racial inequality through the scope of the nation's prison systems, a new light is shone on what is known as 'Modern Slavery'. The true number of incarcerated African Americans is astounding, and the numbers keeping rising.
MOST POPULAR DVD RELEASES
LATEST DVD DATES
[view all]