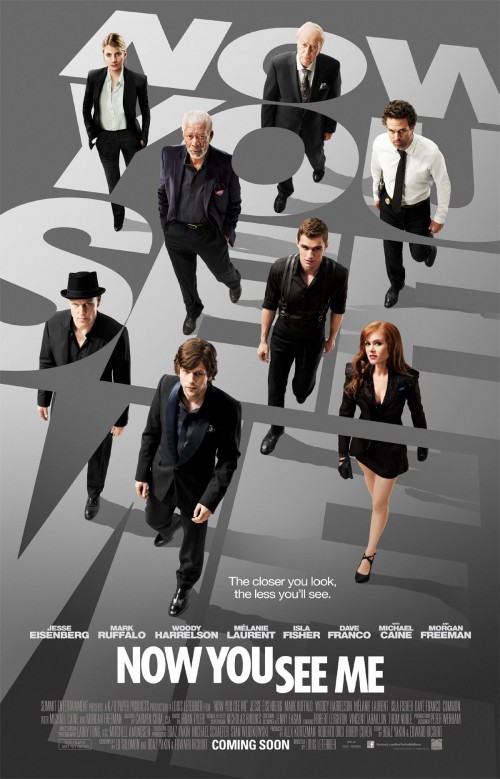 PG-13 Crime, Thriller
The products below contain affiliate links. We may receive a commission for purchases made through these links.
POSTERS
‹ ›

7.2
Now You See Me starts with four struggling young magicians who receive an invitation to a strange apartment. One year later, the four star in a Vegas magic show where they are performing a new trick; they involve the audience in a plan to rob a bank. This, of course, attracts the attention of law enforcement, who finds themselves consulting with a retired magician (played by Morgan Freeman) who can explain the basics of the tricks the magicians use. As the four magicians continue to perform stunts that take from the rick and give to the poor, this consultant and two law enforcement agents pursue them around the country, trying to prove that what they're doing is more than a trick. The ending, of course, comes as surprise.
MOST POPULAR DVD RELEASES
LATEST DVD DATES
[view all]