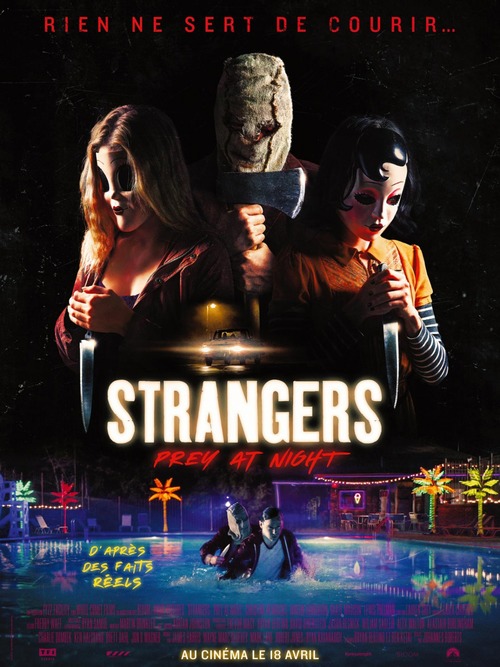 5.2
The Strangers 2: Prey at Night, inspired by and the sequel to 2008's The Strangers, focuses its storyline on family taking a road trip. After arriving at a strangely secluded trailer park where they were supposed to visit with some family, the group is stalked and later attacked at night time by the three killers in masks, only known as Baghead, Pinup Girl, and Dollface. Pin-Up Girl says at the very end of the first movie, "It'll be easier next time." Will it? The family must literally fight for lives if they don't want to be the trio's new prey.
MOST POPULAR DVD RELEASES
LATEST DVD DATES
[view all]