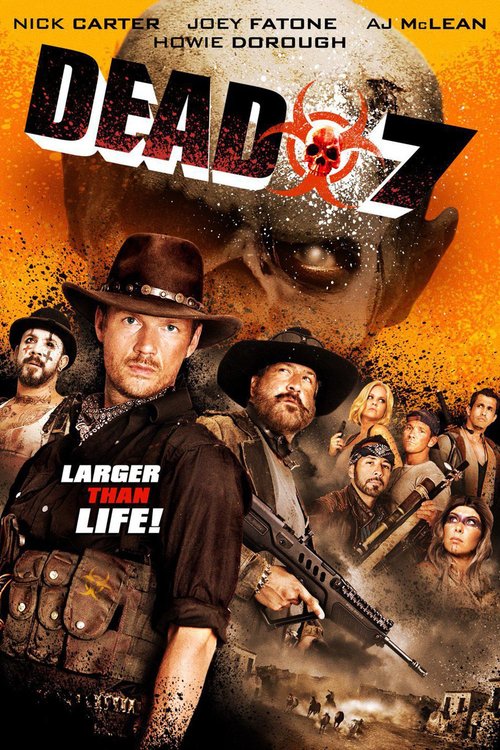 3.2
In a post-apocalyptic alternate universe, the Wild West is not the one from old movies and TV shows. It's not even the Wild West of today. Instead, zombies plague the nation and no one is safe from the undead masses hungry for human flesh. The only way to fight off this creepy, cannibalistic menace is to get the help of a mismatched group of 90's boy band members turned gun slinging, sword swinging heroes. Can they save a small western town before it's too late? Is it already too late when the only heroes left are from former boy bands?
MOST POPULAR DVD RELEASES
LATEST DVD DATES
[view all]