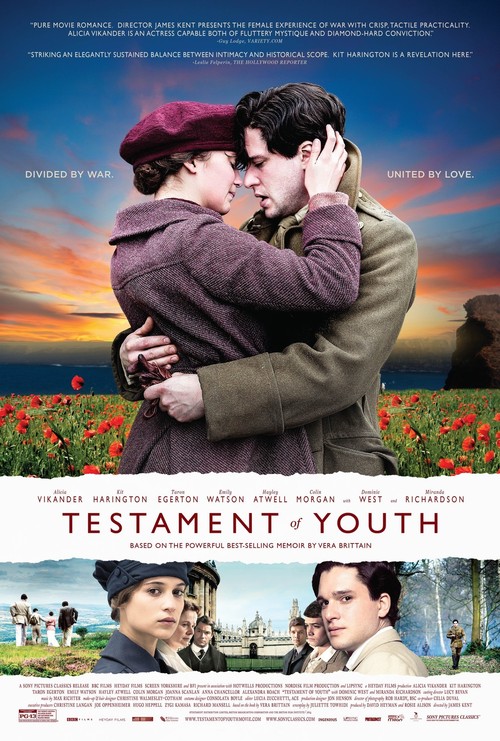 PG-13 Drama, History, War
The products below contain affiliate links. We may receive a commission for purchases made through these links.
TRAILER

7.2
Vera Brittain is a young English woman who has defied social norms in order to study at Oxford University in 1914. When World War I begins and her brother goes to serve in the army, Vera chooses to leave Oxford and travel to London, Malta, and France in order to take care of wounded soldiers as a Voluntary Aid Detachment nurse. After the war, Vera goes back to her studies at Oxford, where she eventually becomes a feminist, a pacifist, and a writer.
MOST POPULAR DVD RELEASES
LATEST DVD DATES
[view all]