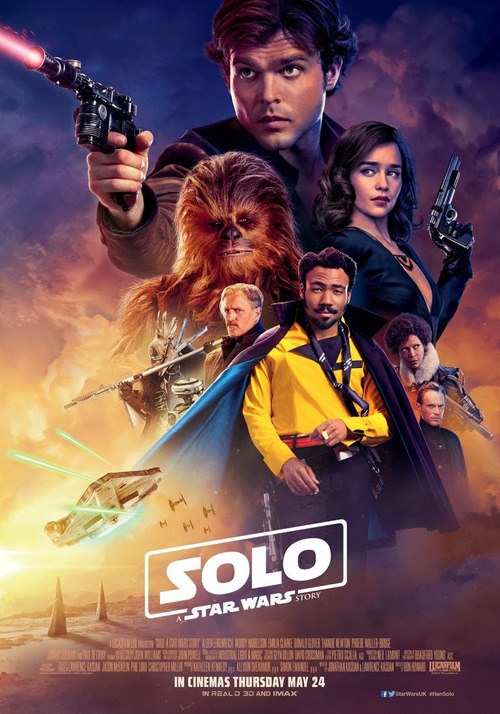 PG-13 Action, Adventure, Crime
The products below contain affiliate links. We may receive a commission for purchases made through these links.
POSTERS
‹ ›

6.9
Han Solo has one goal?to become the greatest pilot in the galaxy. After being expelled from the flight academy for his freethinking, Solo decides to return to his scamming roots, delving into the galaxy?s sinister criminal underbelly. Up to his notorious antics, quick-witted Solo pilots the Millennium Falcon through perilous situations, pulling off narrow escapes. Along the way, Solo meets the likes of high-rolling gambler Lando Calrissian and loyal wookie Chewbacca.
MOST POPULAR DVD RELEASES
LATEST DVD DATES
[view all]