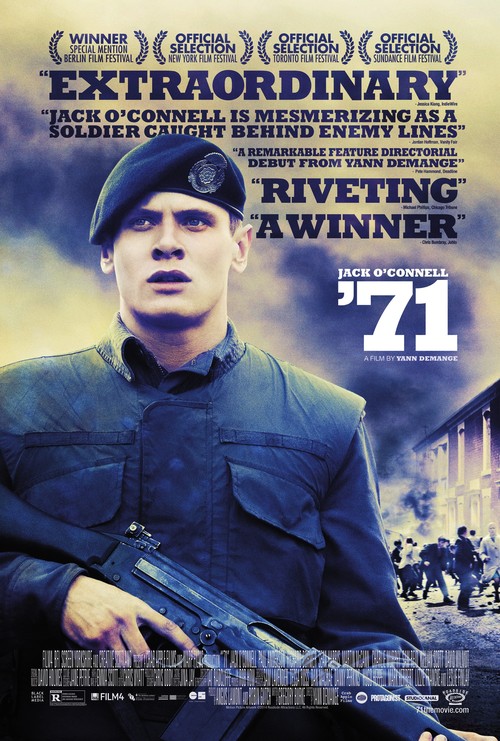 7.2
Gary Hook is a young man in the British army who winds up with his unit in a riot in the volatile Northern Irish city of Belfast. In the midst of the chaos, he becomes separated from his group, and they leave him behind by accident. Now he is stranded on the streets of a terrifying city where violence creeps around every corner. If he can make it through the night, he can get out of town and hopefully catch up with his fellow soldiers, but he has to survive amidst hostile forces with no indication of who is friendly.
MOST POPULAR DVD RELEASES
LATEST DVD DATES
[view all]