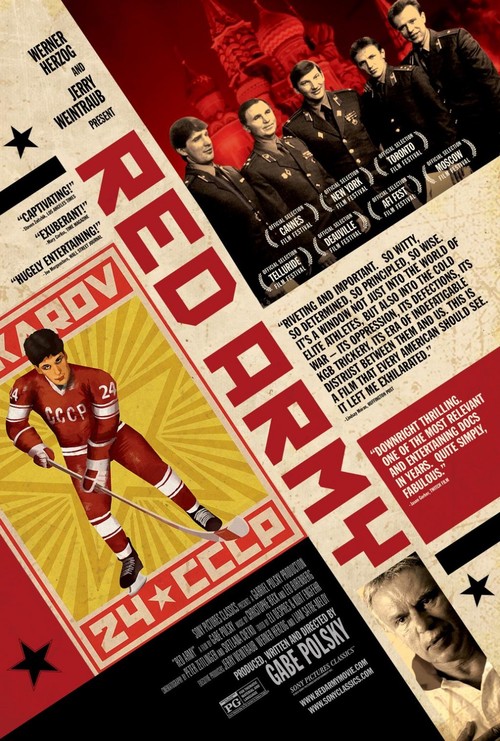 PG Documentary, History
The products below contain affiliate links. We may receive a commission for purchases made through these links.
POSTERS
‹ ›

7.6
The Soviet Union used the Red Army hockey team to prove to the world the superiority of socialism. Young children were plucked from their homes at painfully young ages to be groomed into relentless, obedient players. One of those children was Slava Fetisov, who began training for the Red Army team at age 8 and saw the Soviet Union fall over the span of his career. He played in the famous 1980 "Miracle on Ice" Olympic hockey game, became one of the first Russian players to enter the NHL, won two Stanley Cups with the Detroit Red Wings and went on to become a Russian politician.
MOST POPULAR DVD RELEASES
LATEST DVD DATES
[view all]