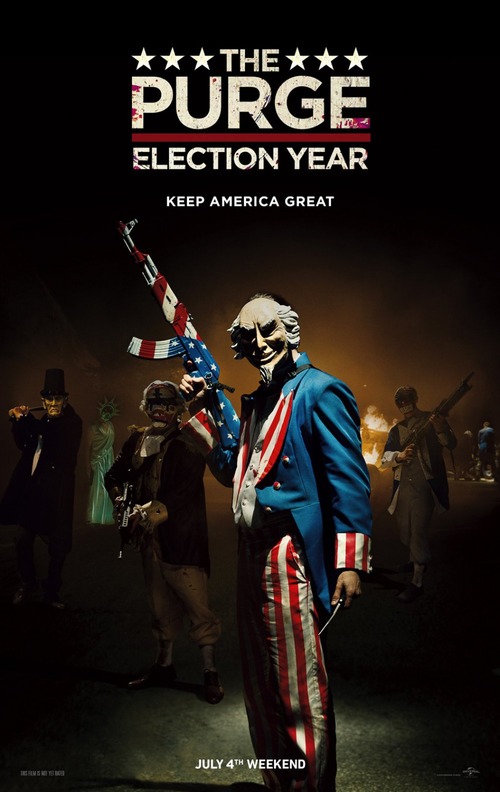 R Action, Horror, Thriller
The products below contain affiliate links. We may receive a commission for purchases made through these links.
POSTERS
‹ ›

6.0
"The Purge: Election Year" is the third movie in the Purge series and takes place two years after the events of the last film. This time around, Senator Charlene Roan is running for political office and has made it her goal to remove the annual Purge tradition from American life. However, police sergeant Leo Barnes, who is now working security for Roan, is forced to protect her from the hostility on this year's Purge night and now has to keep a low profile in Washington, D.C. until the night ends.
MOST POPULAR DVD RELEASES
LATEST DVD DATES
[view all]