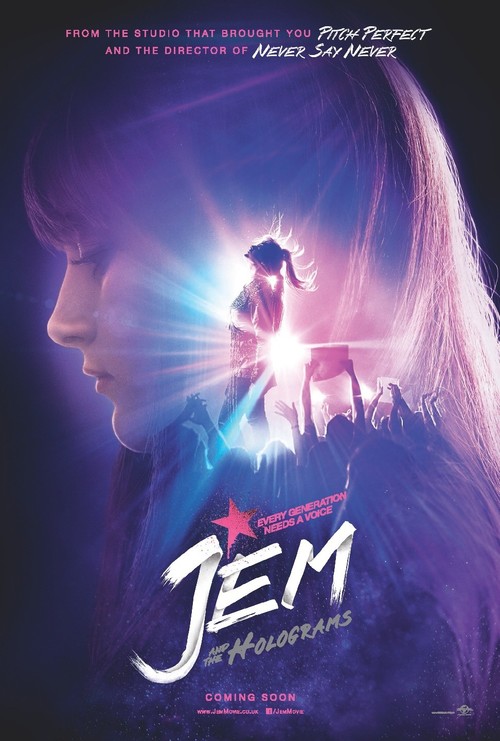 4.1
Jerrica Benton is an orphan. After her father's death, she and her adopted sisters form a band of undercover alter egos named Jem and the Holograms. Becoming online sensations almost overnight, Jerrica and her sisters?Kimber, Aja, Shana, and Erica?are drawn into an intense scavenger hunt, driven by music, that sends them desperately searching for clues scattered all across Los Angeles, California. The coveted prize at the end of the game is a secret message left behind by Jerrica's father before he died.
MOST POPULAR DVD RELEASES
LATEST DVD DATES
[view all]