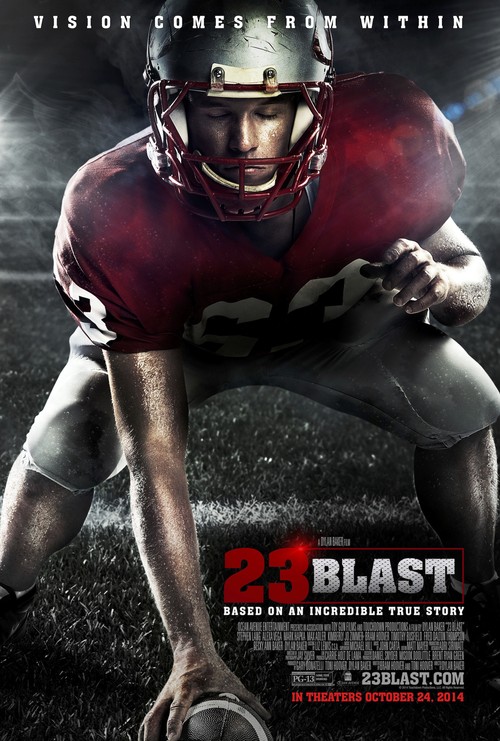 6.4
Imagine waking up to total blindness. Such is the plight of a high school football star on the precipice of greatness. 23 Blast tells the amazing true story of Travis Freeman. Stricken with irreversible blindness, Travis must decide whether he will let his new condition determine the outcome of his life and prevent him from playing the sport that he loves. With the loving support of others around him, Travis makes a triumphant return to football, leading his team to the state championship and showing others the heart of a true champion!
MOST POPULAR DVD RELEASES
LATEST DVD DATES
[view all]