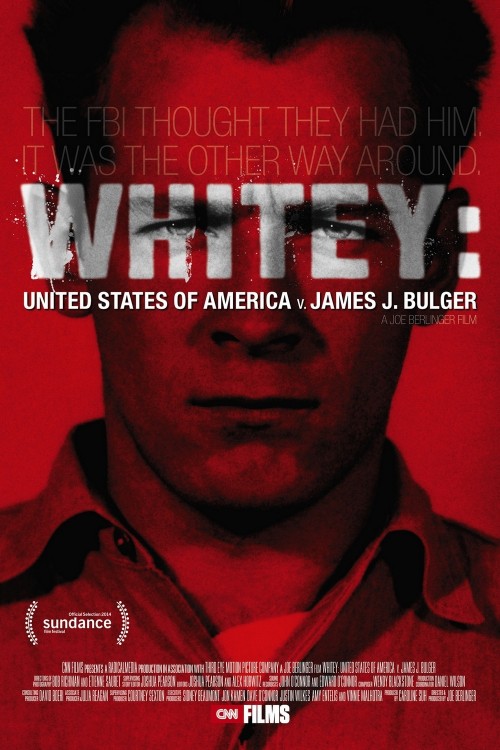 R Crime, Documentary
The products below contain affiliate links. We may receive a commission for purchases made through these links.
POSTERS
‹ ›

6.7
Whitey: United States of America v. James J. Bulger is a gripping crime documentary that chronicles the trial of notorious Boston gangster, James "Whitey" Bulger. Drawing on information provided by former police and FBI officials, friends and family members of murder victims, attorneys, journalists, forensic analysts, and Whitey Bulger himself, this biopic attempts to unravel the mystery of a man who terrorized a city and ran a major criminal enterprise for decades without ever being charged even with a misdemeanor. The unique interplay of Bulger?s role as a crime boss and FBI informant is investigated and analyzed in depth, using both the legal proceedings of his trial and new, shocking allegations. With access to an unusually broad range of testimony and resources, this real-life crime drama presents a unique look at opportunism, deceit, and the sometimes-cloudy workings of the justice system.
MOST POPULAR DVD RELEASES
LATEST DVD DATES
[view all]