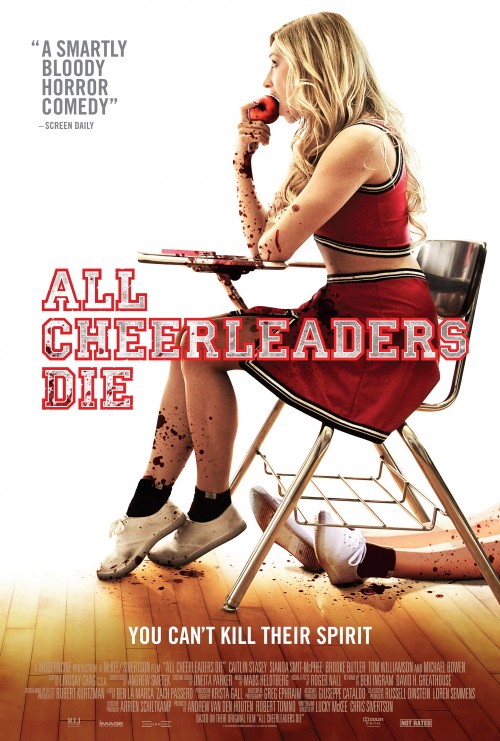 NR Comedy, Horror, Thriller
The products below contain affiliate links. We may receive a commission for purchases made through these links.
POSTERS
‹ ›

5.1
Maddy wants revenge against Terry who is the captain of Blackfoot High School's football team. Maddy's best friend Alexis dated Terry. After Alexis' death, Terry callously starts dating someone right away, which makes Maddy mad. After some scheming, Maddy decides that the best way to get her revenge is to become a cheerleader. It will bring her in contact with Terry and his team. She auditions and is accepted for an opening on the cheerleading squad. While she'd planned a very sweet revenge for Terry, she ends up angering him, and before she can set her plan in motion, he sets his team after her. A fatal accident leaves Maddy and three of her fellow cheerleaders dead. The person who stumbles across their bodies casts a spell that brings them back to life. Things would appear to be back to normal, but there's something wrong with these cheerleaders. They are definitely not normal.
MOST POPULAR DVD RELEASES
LATEST DVD DATES
[view all]