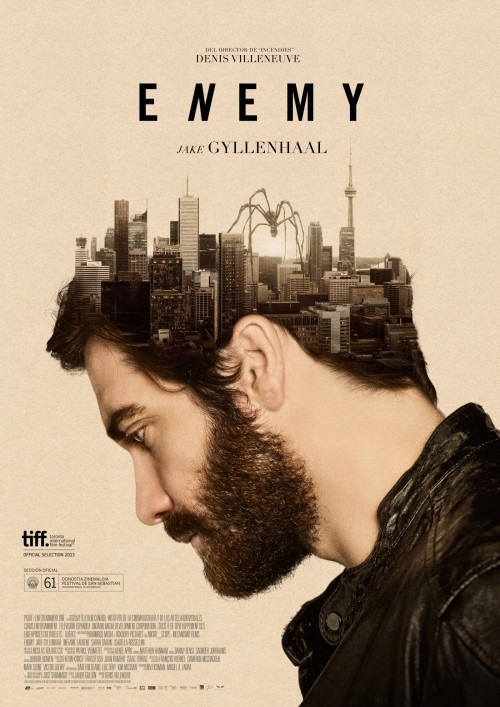 R Mystery, Thriller
The products below contain affiliate links. We may receive a commission for purchases made through these links.
POSTERS
‹ ›

6.9
A college history professor -- Adam Bell -- rents a movie and sees an actor in the movie that looks eerily similar to him. Out of curiosity, Adam researches the actor and finds out that his name is Anthony Claire. He furthers his research by renting other movies that Anthony has acted in and discovers that Anthony is his doppelganger. Adam subsequently becomes obsessed with Anthony and begins stalking him at his home and job. Because the men are physically identical, no one -- even Anthony?s wife Helen -- can tell them apart. As Adam?s behavior becomes more obsessive, it begins to trouble his girlfriend Mary. Eventually, the two men finally meet each other in a hotel and make the startling discovery that they are indeed physically identical in every way. However, while Anthony is confident and aggressive, Adam is quiet and reserved. Adam and Anthony then switch lives due to Anthony?s insistence which causes irrevocable changes for both men.
MOST POPULAR DVD RELEASES
LATEST DVD DATES
[view all]