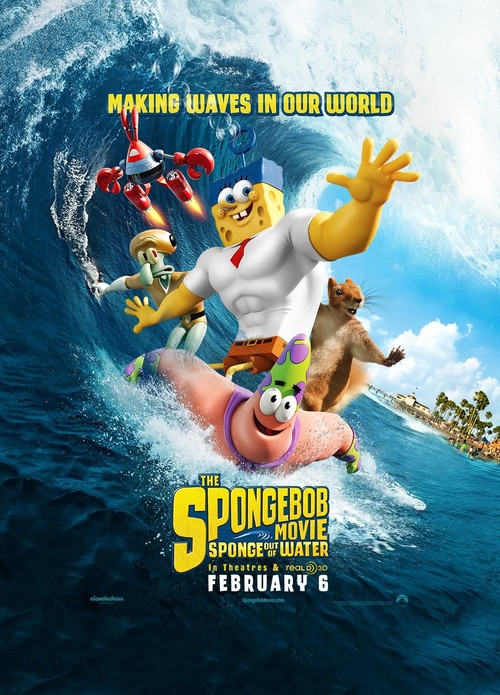 The SpongeBob Movie: Sponge Out of Water (2015)

PG Animation, Family
The products below contain affiliate links. We may receive a commission for purchases made through these links.
POSTERS
‹ ›

6.0
Spongebob SquarePants and his intrepid friends must rise to the surface and transform themselves into superheroes to save Bikini Bottom. The evil Burger Beard needs the final page of a book that will make whatever nefarious plan he writes come true. It so happens that the page is also the Krabby Patty secret formula. Based on the Nickelodeon animated television series, this live action/animated adventure chronicles the exploits of SpongeBob, Patrick, Sandy, Plankton, Squidward and Mr. Krabs as they attempt to retrieve the formula and foil the plans of Black Beard.
MOST POPULAR DVD RELEASES
LATEST DVD DATES
[view all]