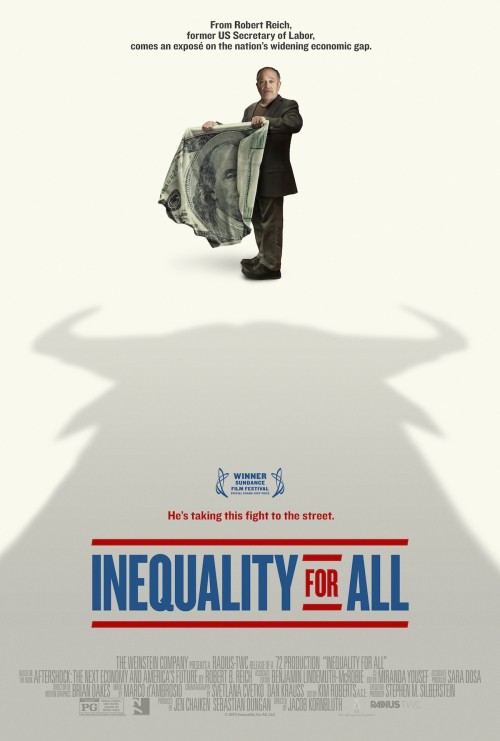 7.3
Robert Reich, the former U.S. Labor Secretary, is the man at the heart of this documentary, which follows him around the country as he talks with various people in order to demonstrate the increasing gap between the rich and the poor in the United States. Reich makes self-deprecating comments about himself while admitting to having been bullied in the past and then drawing comparisons to the way that the American people have been bullied by various factions. In the course of his journey, Reich talks with people from all walks of life, revealing how many individuals are in desperate need of employment - or employment that will pay the bills, as some people work two or three jobs and are still unable to make do.
MOST POPULAR DVD RELEASES
LATEST DVD DATES
[view all]