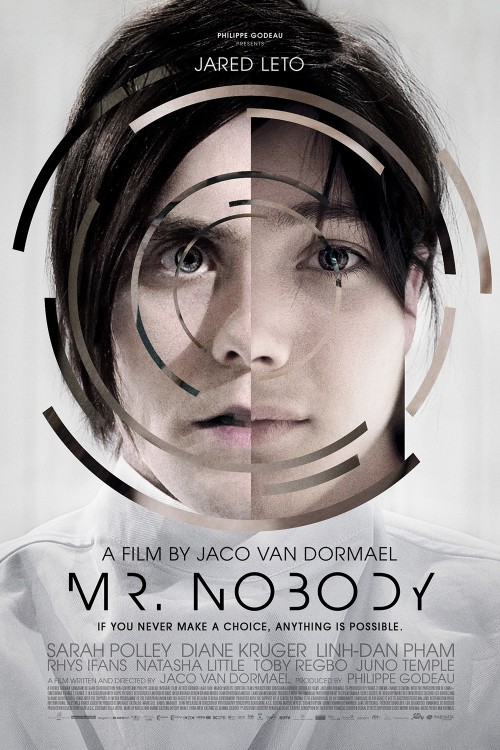 R Drama, Fantasy, Romance
The products below contain affiliate links. We may receive a commission for purchases made through these links.
POSTERS
‹ ›

7.8
At only nine years old, Nemo had to choose between his mother and his father. Now, at 118 years old, he is the last mortal on Earth, and the world watches as he recounts the life that he has lived. As he tells his memories to his psychiatrist and a journalist, he focuses on three primary points in him: when he was 9 years old, 16 years old, and 34 years old. Each decision has branched his life into multiple parallel universes. First there is one in which he marries Elise, a woman who is depressed over her unrequited love for a man named Stefano. Then there is another in which he is married to Jean, where is lives in luxury, but also boredom. In the third life path, he searches for his step-sister Anna, with whom he had a torrid romance with when he was a teenager. But as these lives begin to intertwine, nobody is sure if any of the stories of Nemo's life are real or if they are simply all figments of his overactive imagination.
MOST POPULAR DVD RELEASES
LATEST DVD DATES
[view all]