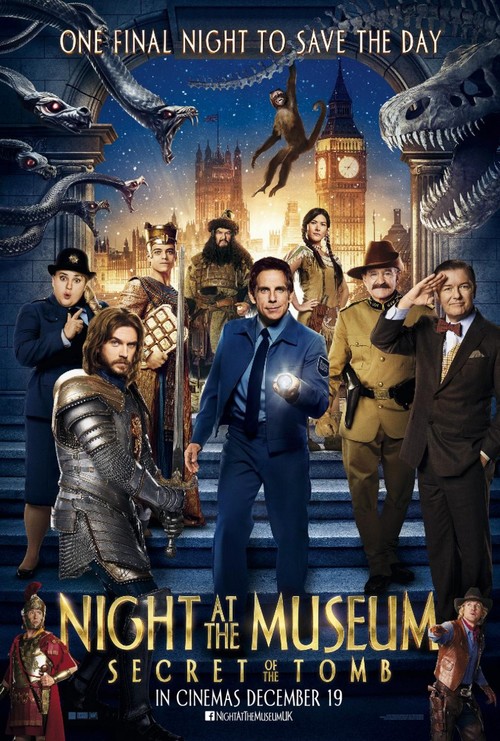 PG Adventure, Comedy, Family
The products below contain affiliate links. We may receive a commission for purchases made through these links.
POSTERS
‹ ›

6.2
For years, the Golden Tablet of Akhmenrah has brought the exhibits at New York's Museum of Natural History to life. But something has happened to the tablet's magic. Its power is fading. If something isn't done, the exhibits will turn back into inanimate objects forever. Museum security guard Larry Daley must travel to London in order to unravel the secret of the tablet. Joined by his friends Jedediah, Octavius, Attila the Hun, Sacagawea and President Theodore Roosevelt, they must brave the dangers of the London Museum to find the magic, or they will cease to exist.
MOST POPULAR DVD RELEASES
LATEST DVD DATES
[view all]