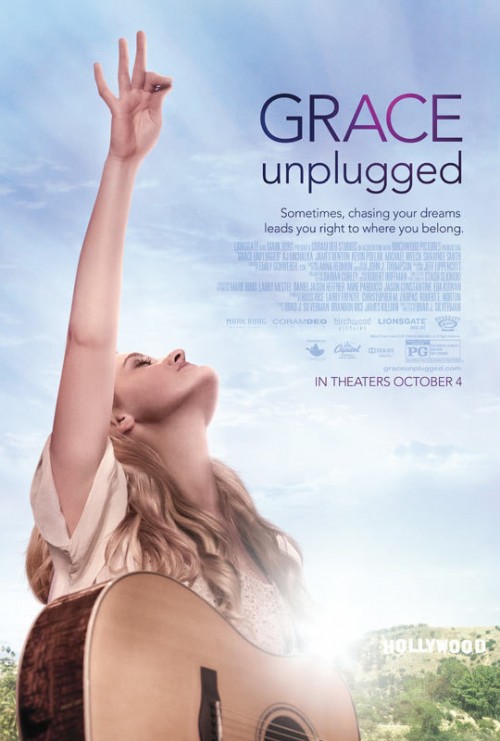 PG Drama, Music
The products below contain affiliate links. We may receive a commission for purchases made through these links.
POSTERS
‹ ›

6.0
Telling the story of a young Christian singer and her desire to seek fame, Grace Unplugged uses hundreds of local extras to add authenticity to some scenes. The inspirational movie stars Amanda "AJ" Michalka, best known for her roles in the movies Super 8 and The Lovely Bones, as a teenage girl named Grace Trey. The young singer performs in church with her father, Johnny Trey (James Denton), who is the music director there. He was a one-hit wonder a few decades earlier and briefly enjoyed stardom and dealt with the fallout when it went away. Grace gets a hunger for success and suddenly leaves for Los Angeles. She gets involved with the same shady manger (Kevin Pollak) that guided her father's career years earlier. Grace seems to be captivated by the promises of stardom made by her manager. He convinces her to downplay her faith in order to achieve wider commercial success. The rest of the movie deals with Grace's personal struggles as she decides what she really wants out of life, and if it's worth giving up her faith to get it. Michael Welch and Shawnee Smith, noted for her role in the Saw franchise, also star.
MOST POPULAR DVD RELEASES
LATEST DVD DATES
[view all]