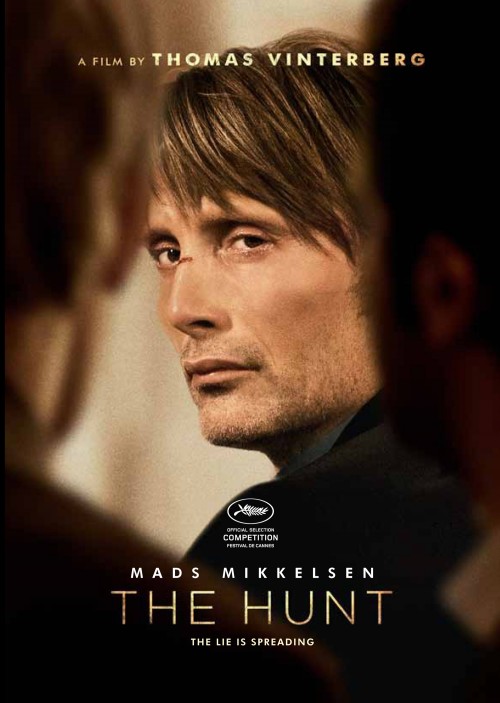 8.3
Lucas lives in a tiny Danish community that is very insular. He enjoys his work at a local kindergarten, but he struggles to enjoy a relationship with his son due to his shrew of a wife. However, he makes up for this with the surrogate children he tends at the kindergarten, and he also has a budding love interest with his co-worker, Nadja. Lucas? world comes crashing down when he is wrongfully accused of flashing his genitals at one of his kindergarteners. The girl, Klara, happens to be the daughter of Lucas? best friend, Theo. Theo surprisingly sympathizes with Lucas, but the rest of the tiny community unfortunately turns on the poor man who has been wrongfully accused. Many more students mistakenly accuse Lucas of abusing them in the basement of his house, which lends credence to Lucas? claims of innocence because his house has no basement. This does not stop many members of the community from violently tuning on Lucas though. Theo comes to believe more and more that Lucas is innocent, and eventually it comes out that the whole thing was a tragic misunderstanding. Unfortunately, a year later, Lucas is attacked on a hunting expedition by an unseen assailant, and the movie ends with him realizing that he may never be free of this effects of the episode.
MOST POPULAR DVD RELEASES
LATEST DVD DATES
[view all]