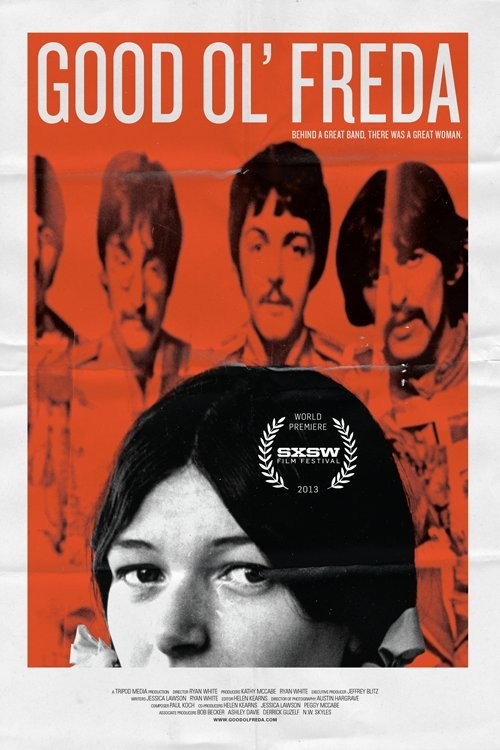 PG Documentary, History
The products below contain affiliate links. We may receive a commission for purchases made through these links.
TRAILER

7.4
Freda Kelly was a shy teenager living in Liverpool when she was approached by a brand new band with the prospect of becoming their secretary as they attempted to reach fame. She had no idea when she agreed to perform their secretarial work that The Beatles would become one of the most iconic bands in history. Freda's loyalty and dedication to the band during its rise to fame made her witness to the evolution of a new musical movement; she saw firsthand the successes, failures, trials and rewards that the band faced on their way to fame. This documentary gives us insight into these amazing years through the eyes of Freda herself as she tells her story for the first time in over 50 years.
MOST POPULAR DVD RELEASES
LATEST DVD DATES
[view all]