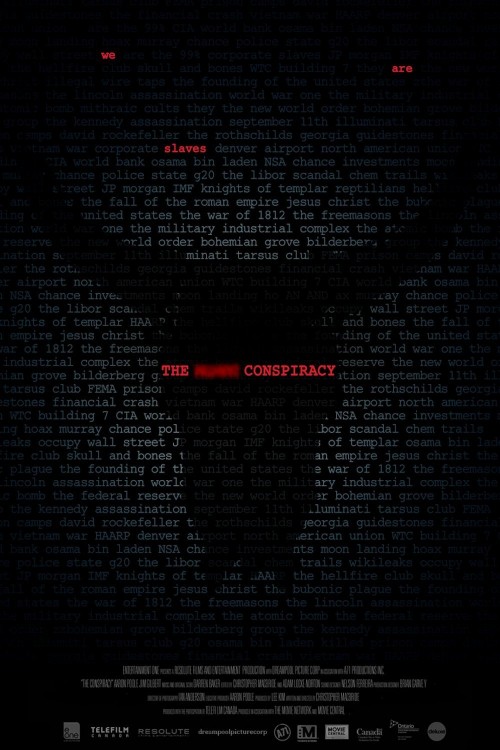 6.3
?The Conspiracy? concerns two men who are working on a documentary about a conspiracy theory that involves a conspiracy theorist named Terrance G. While they are working on their documentary film, Terrance G comes up missing, and the two men, Aaron and Jim, find that there is a deeper mystery involved in all of it than they ever imagined possible. They visited Terrance?s apartment and gathered up the paper clippings and personal notes that they found there, hoping to find something they would explain Terrance's disappearance, and whether the clippings and notes detailed or referred to any conspiracy theories. Through this ?evidence,? they are pointed to a secret society that was named the Tarsus Club. Of the two men, Aaron becomes extremely obsessed by this new development, but Jim is not so certain, nor is he nearly as obsessed. But Jim follows his friend, even while Aaron begins to lose his sanity.
MOST POPULAR DVD RELEASES
LATEST DVD DATES
[view all]