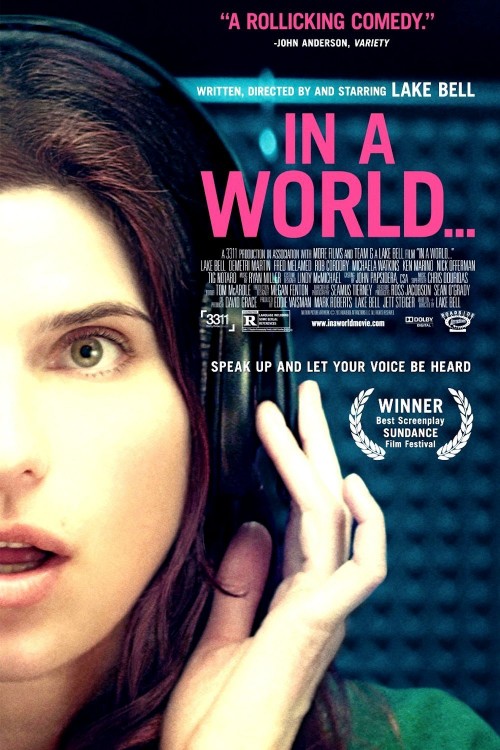 6.6
Carol Solomon is a voice coach who is overshadowed by her world-famous father Sam Soto. He is the king of voiceovers, and he is about to receive a lifetime achievement award for his work. Sam kicks Carol out of his house so he can move in his young girlfriend who is around Carol?s age. Carol moves in with her sister Dani. Sam?s most famous line for movie trailers is, ?In a world?.? The line is about to be brought out of retirement for a popular new movie series, but Sam declines the offer to make trailer. He wants his friend Gustav to get the role, but Gustav has to pull out due to a bout of laryngitis. The movie producer asks Carol to make a temporary audio track for the film, and her temporary track gets praise from the movie industry. Now the filmmakers want her to make the trailer for real. When Sam finds out that Carol may get the job, he is very upset with both her and Gustav. It ends up being a three-way race to see if Carol, Sam or Gustav will be able to secure the lucrative job as the voiceover artist for this very popular new movie franchise.
MOST POPULAR DVD RELEASES
LATEST DVD DATES
[view all]