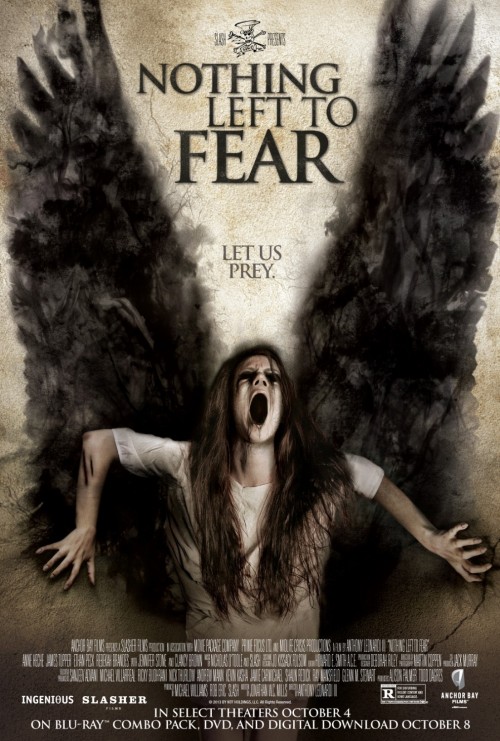 4.4
The horror movie "Nothing Left to Fear" is a slow-building film that focuses on a woman named Wendy and her family. Wendy's husband Dan is set to become the new minister of the church in the small town where they have just moved, but Kingsman, the minister who preceded him, proves a difficult fellow to deal with. His deranged manner is soon revealed as he begins to wreak havoc on the family's life. This movie rests firmly in the horror genre, but the subgenre is more difficult to classify. At times it is more suspense, while it sometimes veers into slasher territory and at others is fixed in the realm of paranormal terror. The movie has its roots in the true occurrences in the town of Stull, Kansas, where the film is set. It also features music by Slash. "Nothing Left to Fear" allows some room for character development, particularly with the members of the family and with the disturbed Kingsman. Much of the plot revolves around Wendy and Dan's daughters, one of whom has been subjected to torturous visions and the other of whom faces the grim threat of being used as a sacrifice in a grisly occultic ritual.
MOST POPULAR DVD RELEASES
LATEST DVD DATES
[view all]