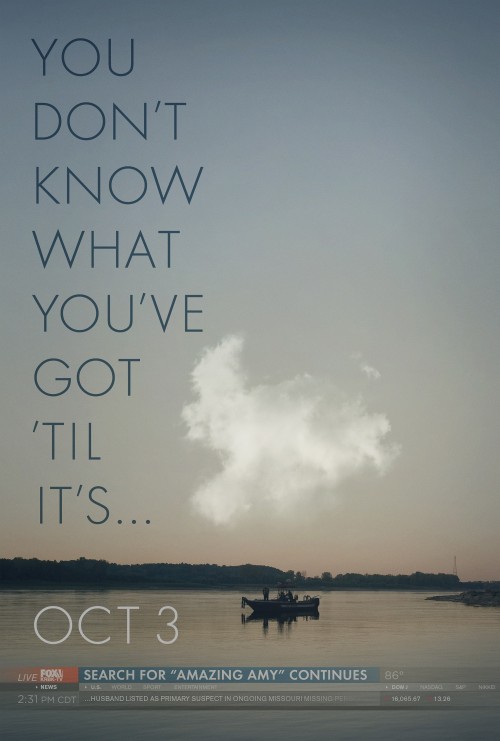 8.1
Nick Dunne and his wife Amy have had a loving marriage for the last five years. To everyone that knows them, they're the perfect couple. But on the night of their fifth wedding anniversary, Amy goes missing and Nick crumbles at the idea of what had become of her. The perfect couple that everyone thought they knew begins to fall apart when police begin to dig deep and the media tears away at this facade. Nick's blissful life is exposed to be more complicated than anyone knew. Lies and deception cast suspicion on the grieving husband, making everyone question his innocence. Everyone desperately searches to find out what happened to Amy, and what was Nick's role in her disappearance.
MOST POPULAR DVD RELEASES
LATEST DVD DATES
[view all]