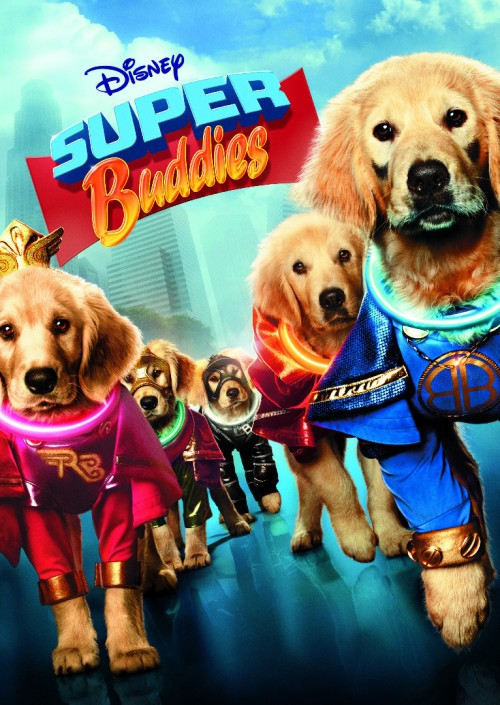 G Family
The products below contain affiliate links. We may receive a commission for purchases made through these links.
TRAILER

4.3
In this seventh installment of the Air Buddies films, the five golden retriever puppies from Fernfield Farms are back again, this time with super powers. This happens after the pups discover five magical rings from the planet Inspiron. The five puppies, B-Dawg, Budderball, Buddha, Mudbud, and Rosebud, then each receive a unique super power from one of the rings. B-Dawg receives the super power super stretch, Budderball gets super strength, Buddha receives super mind control, Mudbud receives super invisibility, and Rosebud receives super speed. The pups then must use these powers from the rings to stop an evil shape-shifting alien named Drex who wants to destroy the rings and the planet Inspiron. Luckily, they get the help of Captain Canine, who helps them learn to use their new powers in a responsible way, all while keeping their true identities a secret. Through working together and using their wits, the Super Buddies will show that one does not need superpowers to become a true superhero.
MOST POPULAR DVD RELEASES
LATEST DVD DATES
[view all]