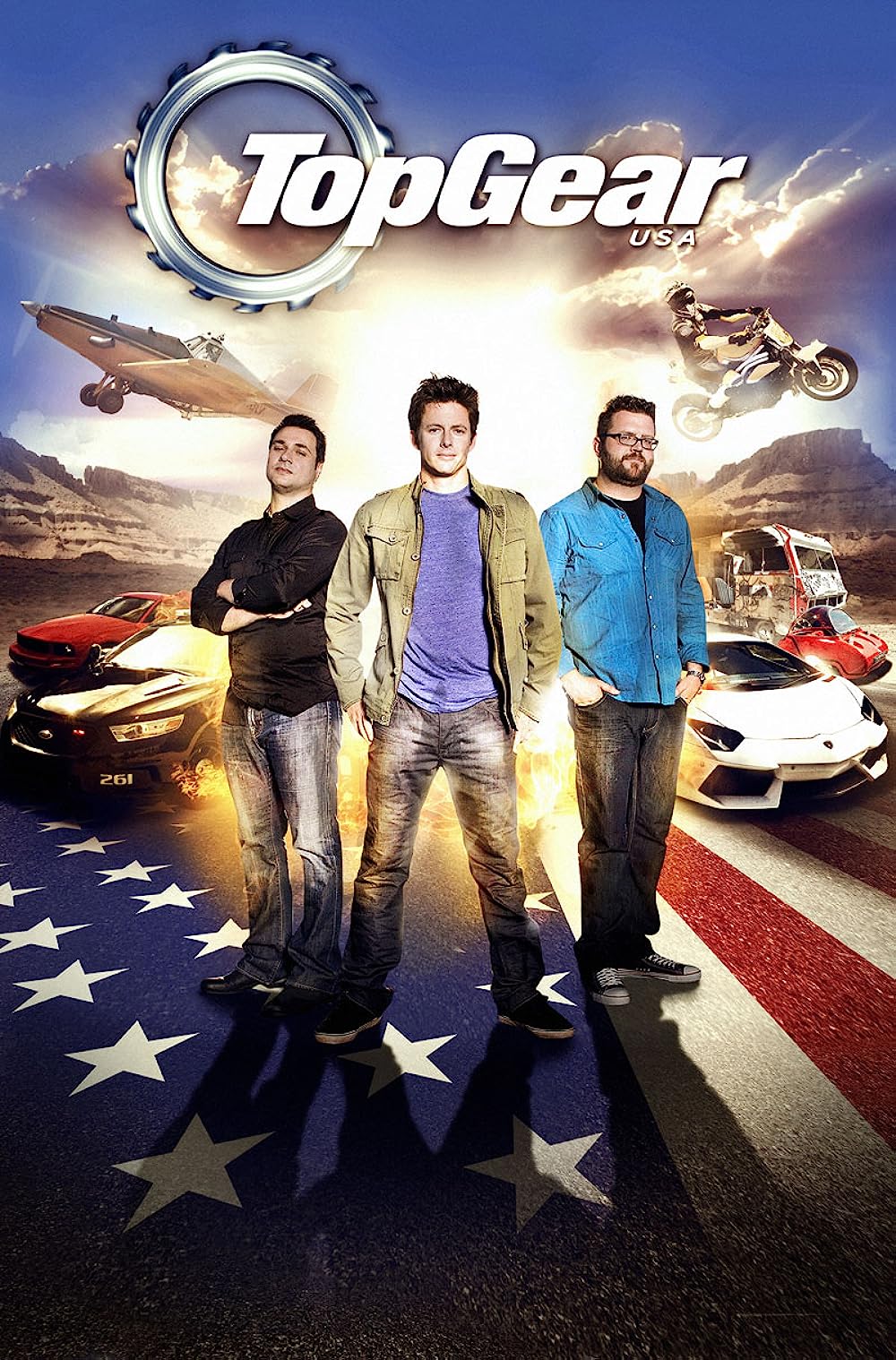 TV-PG Comedy, Documentary
The products below contain affiliate links. We may receive a commission for purchases made through these links.
MOVIE DETAILS
Starring: Tanner Foust, Adam Ferrara, Rutledge Wood
In Theaters: 2008
Runtime: 45 min

5.3
Top Gear USA is the American version of a popular British TV show of the same name. Focused on automobiles and motorsports, the show made its U.S. debut in 2010 and initially closely followed the British show's format of vehicle tests by a professional driver and celebrities who are interviewed and take laps on a test track. Industry experts - including Jay Leno who declined an offer to participate - initially questioned how well the quirky humor and format would transfer to American TV, but Top Gear USA has since been renewed several times. Its fourth season debuted in fall 2013. As the show has evolved, the American version has increasingly focused on car restoration and customization, both of which are now a major focus of each episode - with less emphasis on test-track laps.
MOST POPULAR DVD RELEASES
LATEST DVD DATES
[view all]