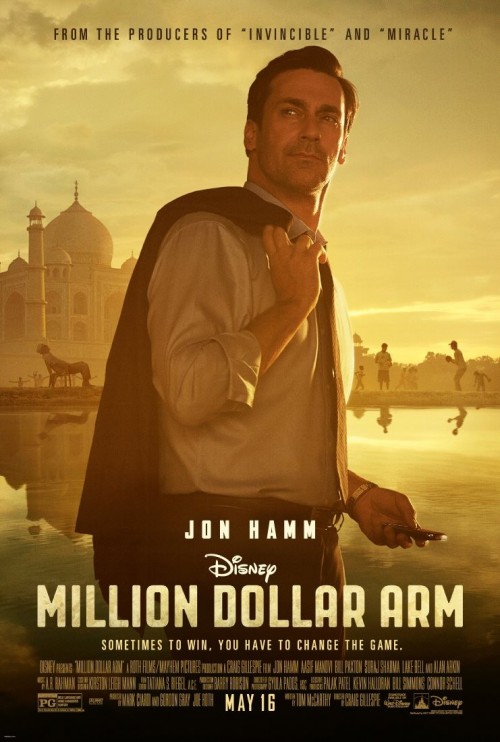 7.0
J. B. Bernstein is a sports agent who has decided to do something very different in his quest to find the best baseball players for the major leagues. He takes his eye for skill in baseball to India, where cricket is the predominant pastime. Many of the young men he finds there have no idea what baseball is, but he is still able to put them through their paces as they try to show him their athletic prowess. After several grueling rounds of try-outs, he emerges with a small dream team of potential players, whom he brings with him to America, essentially adopting them as he gears them up for the major league try-outs by teaching them everything that he knows about baseball and life. They become intimately involved in his affairs simply because they are always around him, and he becomes far more invested in their future than he normally would be. They've become family to him, and he does not want to see them return to the slums.
MOST POPULAR DVD RELEASES
LATEST DVD DATES
[view all]