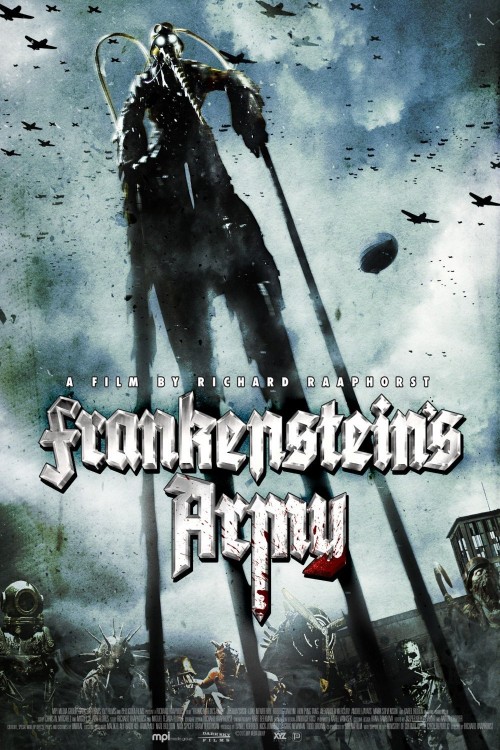 5.3
Shot with hand-held cameras and meant to seem like "found footage," Frankenstein's Army has the Blair Witch Project's famous look and feel. World War II is coming to an end, and a group of Russian soldiers is on the road back home through the German countryside. Along the way, they come across a deserted village that's been devastated by something that certainly wasn't Allied bombs or soldiers. Passing through, they discover a castle that contains a maze of chambers connected by tunnels where nefarious doings are afoot. What they piece together is appalling. Nazis had been doing experiments on humans, based on the writings of Dr. Frankenstein and abetted by his grandson. The fusion of men, machines and a pile of reanimated body parts was intended to create a race of "super warriors," but has succeeded only in creating uncontrollable, evil grotesques. A pitched battle between the Russian liberators and the army of Frankensteins ensues, leading to an underground bunker with plenty of smoke, shock, blood and gore.
MOST POPULAR DVD RELEASES
LATEST DVD DATES
[view all]