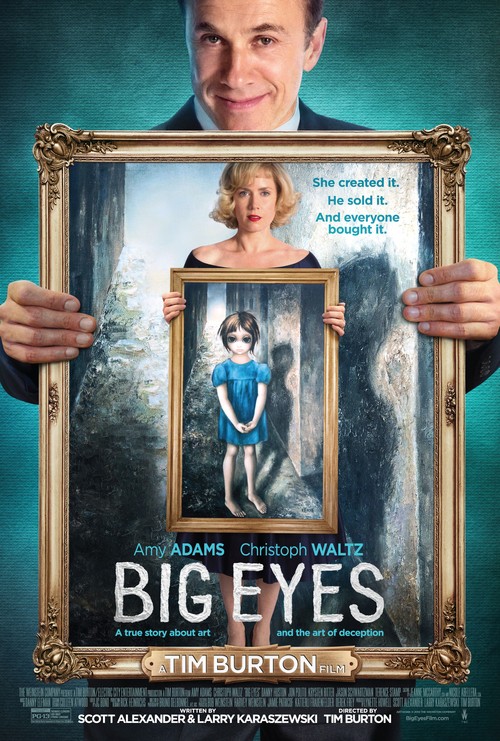 7.0
In the 1950's Walter Keane was known as a celebrity in the art world, one accessible to the masses through interviews and talk shows. The paintings of thin, wispy children with large glossy eyes were once sold wherever they could across the United States, building his celebrity from a whisper between common people to a respected figure in art. This, however, wasn't the case. Walter never painted a thing, and took the credit for thew work of his wife, Margaret, who worked tirelessly on the famous paintings from the safety of their basement, allowing her introversion to shield her from the critiques of the world outside. Walter added his signature to all her pieces, claiming authorship that helped carry their marriage-disrupting dispute to court. Walter was quick to all his wife's sanity into question, embarrassing her in a legal battle that captured the nation's attention. But when put to the test to recreate the iconic image, Margaret is given a chance to prove the truth behind her claims.
MOST POPULAR DVD RELEASES
LATEST DVD DATES
[view all]