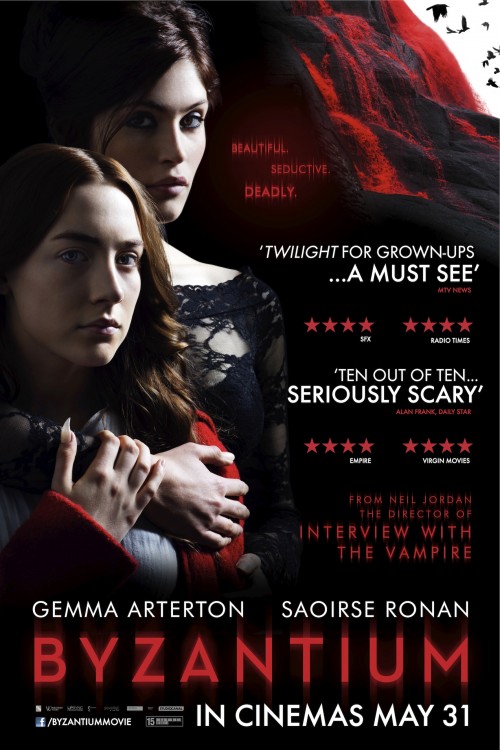 R Drama, Fantasy, Thriller
The products below contain affiliate links. We may receive a commission for purchases made through these links.
POSTERS
‹ ›

6.5
Two mysterious women on the run seek refuge in a run-down hotel on the English coast. The vampire mother and daughter have a dark past beginning over two centuries before when Clara was captured during the Napoleonic Wars and forced into prostitution, leaving young Eleanor to fend for herself. Upon arriving at the hotel, Clara begins work on Noel, its owner who has just inherited it. Before long, she has turned Byzantium Hotel into a brothel; in the meantime, her daughter has fallen for a young waiter named Frank who has drawn out her masterful storytelling ability. When a series of disappearances plague the town, Frank realizes that there may be dark consequences to Eleanor's fantastical tales
MOST POPULAR DVD RELEASES
LATEST DVD DATES
[view all]