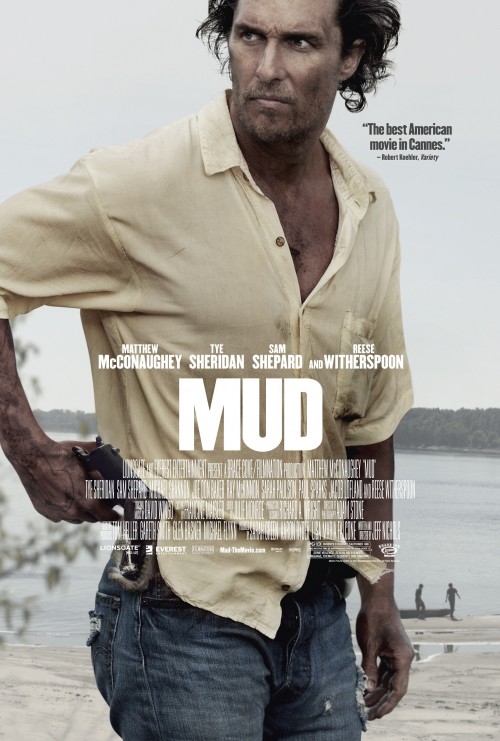 7.4
A fourteen year old boy named Ellis lives with his parents on a houseboat in Arkansas. One morning, he sneaks out to meet with "Neckbone", his best friend who makes a living by diving for oysters with his uncle. While exploring an island in the Mississipi River, Neckbone comes across a boat caught in the branches of a tree, what he expects to be the remains of a flood from some time ago. The two curious boy climb the trees and find food and footprints indicating that there are not the only ones who have discovered this boat. When they return to the shore, they find the same footprints near on their boat, discovering that they belong to man named Mud. Mud, a callous individual taken by superstitious beliefs, asks for help and offers the boat in the trees in exchange for food. Ellis, sympathetic, agrees and brings food to Mud, but Neckbone remains suspicious. As they form an iffy friendship, Ellis finds out that Mud is guilty of the murder of a man in Texas. Even though authorities are in high pursuit over him, Mud is most concerned with finding his long lost love, Juniper. Ellis, once again, is sympathetic especially since he has just recently developed a romantic interest of his own, and proceeds to send messages to Juniper.
MOST POPULAR DVD RELEASES
LATEST DVD DATES
[view all]