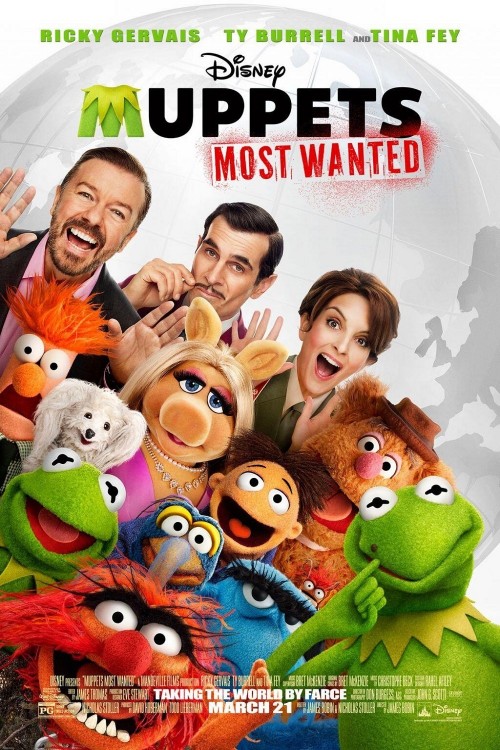 PG Adventure, Comedy, Crime
The products below contain affiliate links. We may receive a commission for purchases made through these links.
POSTERS
‹ ›

6.4
The Muppets are enjoying great success and have embarked upon a world tour. As always, this crazy band of lovable misfits is held together by the kind and steady Kermit the Frog. Without his leadership, everyone knows that their show would likely devolve into mayhem. They are about to find out just how they might fare without him, though they do not realize it. A notorious jewel thief en route to prison sees Kermit and orchestrates a daring plan to switch identities with him. Soon, Kermit finds himself behind bars at a Russian prison, while his reprehensible doppelganger infiltrates the Muppets and plots how he will use them in order to help him achieve his next great heist. Disguising his thick accent is his first challenge, but how long can he convince this tight-knit group that he really is their noble leader? Meanwhile, Kermit is languishing in jail, but he refuses to give up his positive spirit and hopes that one of the guards might eventually help him to escape.
MOST POPULAR DVD RELEASES
LATEST DVD DATES
[view all]