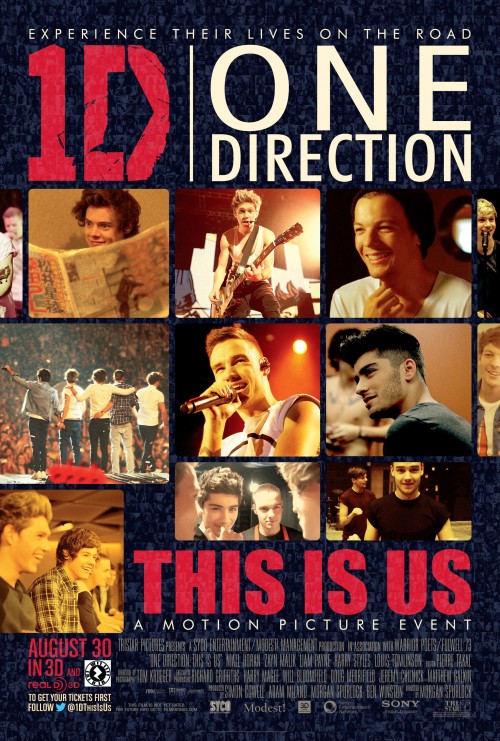 PG Documentary, Music
The products below contain affiliate links. We may receive a commission for purchases made through these links.
POSTERS
‹ ›

4.1
One Direction is one of the biggest pop bands in the world, which means that the members of the group are constantly in the spotlight. Band members Niall Horan, Zayn Malik, Liam Payne, Harry Styles and Louis Tomlinson each reveal how they deal with that fame and the pressures that comes with it. These revelations are set against the backdrop of the band preparing for a major concert in London. Simon Cowell, the lead judge on the popular reality competition show "The X-Factor," discusses the history of the band and its success since its formation on the show. This is interspersed with footage of the band members detailing their lives prior to making it big on "The X-Factor" and of performances during the London concert at O2 Arena.
MOST POPULAR DVD RELEASES
LATEST DVD DATES
[view all]