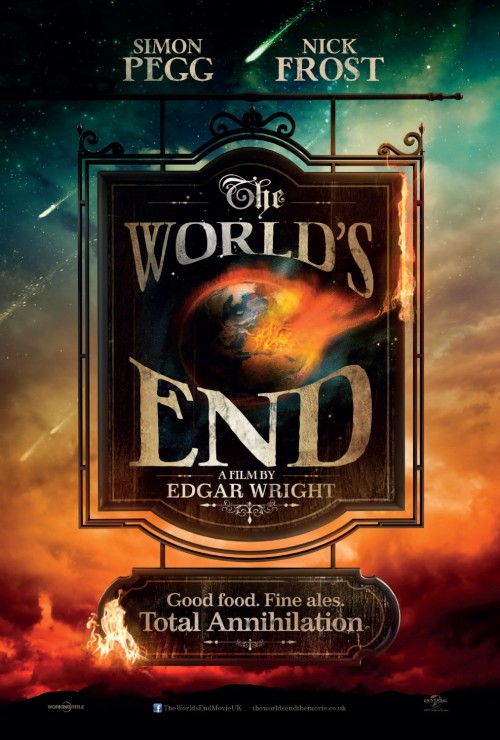 R Action, Comedy, Science Fiction
The products below contain affiliate links. We may receive a commission for purchases made through these links.
POSTERS
‹ ›

7.0
It all begins as a simple pub crawl between old friends. Gary King (Simon Pegg) gathers his former classmates Peter (Eddie Marsan), Oliver (Martin Freeman), Steven (Paddy Considine) and Andy for a pub crawl that will end at the World's End Tavern. Simple enough in theory, except the group tried the crawl in their teenage years and couldn't finish it. Now that they're older they have to contend with their adult lives, their low liquor tolerance, and robots. Yes, at the same time as the group embarks, there's something strange going on. Part of it is the awkwardness within the group for having gone years without resolving their personal issues with each other, the other is the fact that there are robots attempting to take over their lives. It starts when Gary fights a teenager in a bathroom only to discover that the young man is a machine. From there, the group finds themselves warding off robots and their inner demons, while hoping to finish their pub crawl at the famed World's End.
MOST POPULAR DVD RELEASES
LATEST DVD DATES
[view all]