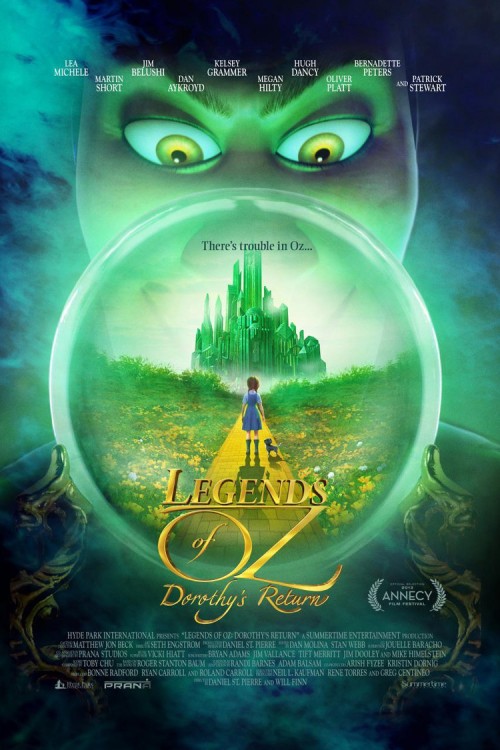 PG Animation, Family, Music
The products below contain affiliate links. We may receive a commission for purchases made through these links.
POSTERS
‹ ›

5.0
Dorothy Gale's adventures in the Land of Oz didn't stop after she returned home at the end of The Wizard of Oz... When Dorothy found herself back in Kansas, she discovered the people of her hometown leaving because the tornado destroyed it. Not long after, Dorothy learns that all of her friends in the Land of Oz are in trouble because of a jester who is trying to take over the world and who keeps turning people into marionette-style puppets. Her friends, Scarecrow, Tin Man and the Cowardly Lion, have also gone missing. Dorothy receives a second chance to return to Oz and reunites with her lost friends during her journey. She also makes new ones along the way including a China Doll who is a princess, a man made of marshmallows known as Marshal Mallow, an Owl named Wiser and a tugboat made from a tree known as Tugg. With this ragtag group of allies, Dorothy must stop Jester's wicked plans for Oz and return home. As before, the path before her is fraught with uncertainty and danger. Yet, Dorothy Gale is a true legend of Oz. If anyone can save its people once more, it's her.
MOST POPULAR DVD RELEASES
LATEST DVD DATES
[view all]