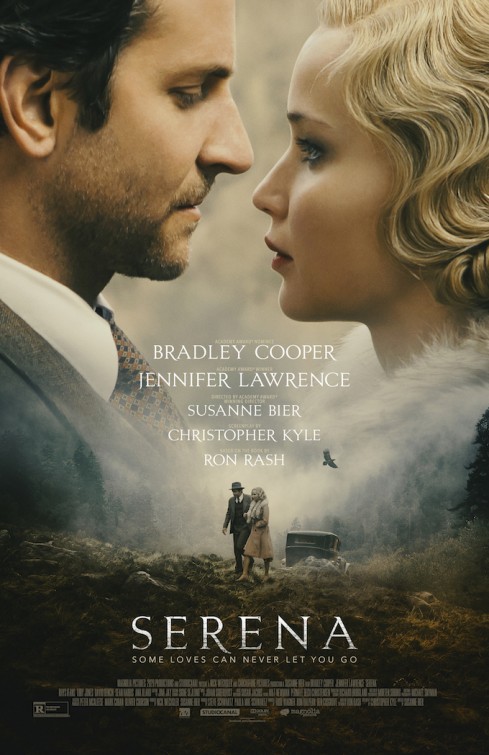 5.4
In this adaptation of the Ron Rash novel, a Depression Era setting in North Carolina is the background for lumber magnate Pemberton and his wife Serena. Their relationship is rapidly deteriorating, as a miscarriage adds a devastating blow to the life of Serena, an independent and business-minded woman. As she makes her mind known and is not afraid, the idea of doing manual labor in the forest appeals to her. Meanwhile she becomes jealous of Pemberton's first wife, who may have a family that she does not know about and whom he could be sheltering. She begins to become unraveled as the future of her husband's timber empire is in question, and she is unable to bear children.
MOST POPULAR DVD RELEASES
LATEST DVD DATES
[view all]