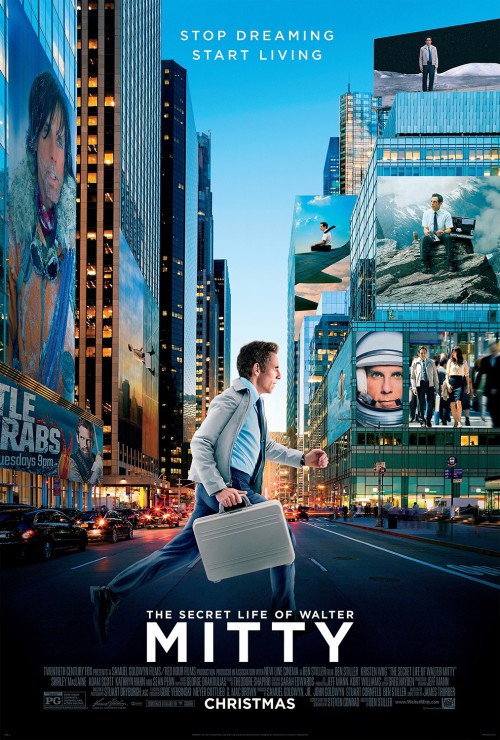 PG Adventure, Comedy, Drama
The products below contain affiliate links. We may receive a commission for purchases made through these links.
POSTERS
‹ ›

7.3
Walter Mitty has a mundane life. A dull, anonymous job, an overbearing mother, and a wife who, although loving, keeps him on a short leash. Finding himself bored and unfulfilled in real-life, he retreats to a world of fantasy in which he embarks on imaginary intrigues and adventures, filled with romance and heroism, that his true mild-mannered self could never hope to undertake. This is his "secret life." His real life takes a turn, however, when an incident at work threatens his job, and the job of a coworker that he admires. Walter then embarks on a series of adventures that takes him around the world. He must call on the skills and behaviors he developed in his secret life to solve real-world problems. Walter soon learns that leading the life of action and adventure that he always dreamed of is more difficult than it looks. In the end, however, having embarked on a true epic greater than anything he could have imagined, he discovers the life he always wanted, and the person he dreamed he could be.
MOST POPULAR DVD RELEASES
LATEST DVD DATES
[view all]