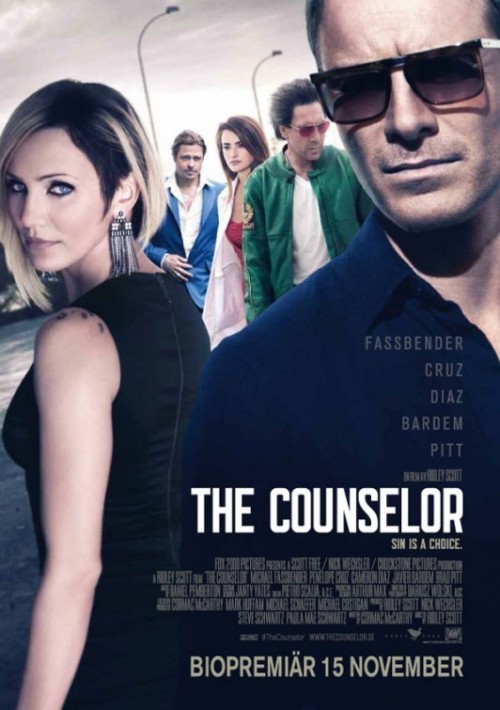 5.4
Revolving around the United States and Mexico, a lawyer referred to as "The Counselor" is looking to pad his pockets with tax-free drug money. Enlisting the help of a business associate, named Westray, the Counselor finds himself dealing in the lucrative cocaine business, but with costly consequences. The Counselor's mysterious friends, Reiner and Malkina, push him to expand his interests in the drug cartels while Westray consistently warns him of their cruelty. Appearing to work as a lawyer, the Counselor takes on a speeding case referred to him by an inmate he once defended. Through a collection of setups, the speeding suspect becomes entangled in the cocaine smuggling bust with help from Reiner and Malkina. With the Counselor's love interest agreeing to marry him, he has a lot on the line. His speeding client is dead and the cocaine deal turns up stolen. The cartels are closing in on him quickly. As all of his accomplices disappear, including his fiancee, the Counselor must face the cartels alone in hopes of finding his love and friends. With action-packed scenes and intricate plot twists, "The Counselor" pulls you into the underground drug world and gives you a taste of luxury and pain simultaneously.
MOST POPULAR DVD RELEASES
LATEST DVD DATES
[view all]