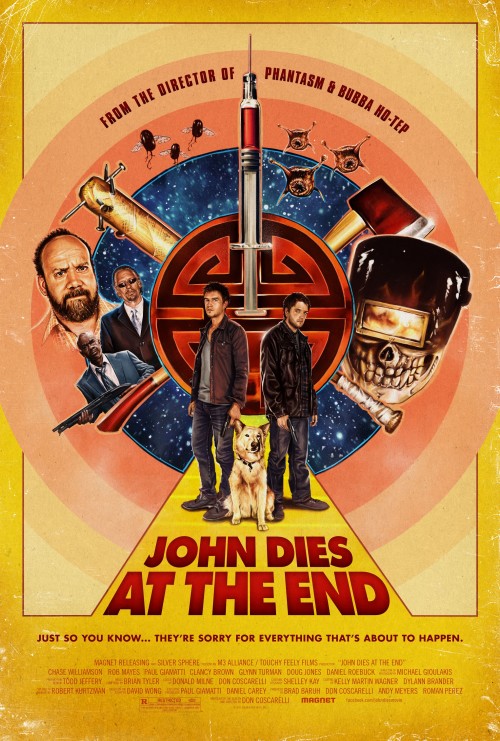 6.3
Friends Dave and John talk with a reporter about some strange events. The first involves Dave finding a dog, Molly, and taking a custom hallucinogenic drug while helping John's band out. After John begins to have a bad trip, Dave first takes him to the hospital, but they eventually wind up at the residence of Molly's owners, Amy and Jim. Amy mentions her fears that Jim may be dead, but the boys decide to tune out all the chaos of the night by going to their job. While working, Dave nicks himself on the syringe, which takes swiftly effect. After both guys are taken in for questioning, John passes out and is rushed to a hospital while Dave is called to examine the dealer's trailer. Inside it, Dave locates the dealer's cache, but is shot by police. Dave somehow survives being shot and Molly guides him out of the burning trailer and toward the location of John's body, which has been kidnapped by a malevolent force headed for Las Vegas. The quest leads Dave to the Luxor Hotel, where a conference on the supernatural is being held.
MOST POPULAR DVD RELEASES
LATEST DVD DATES
[view all]