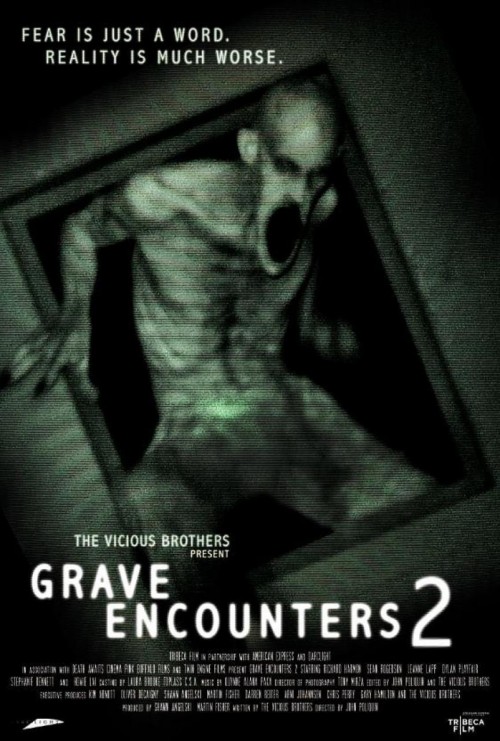 5.1
Grave Encounters 2 follows a college film student named Alex Wright, who is obsessed with the original Grave Encounters "found-footage" film. He believes nothing that happened in that film is real and is on a mission to prove it. He recruits several of his friends to join him in finding the shuttered psychiatric hospital depicted in the first film. Wright intends to capture proof that the place is not haunted or possessed by demonic entities, but he runs into much more than he bargained for. Wright uncovers reports that everyone involved in the first Grave Encounters movie is either missing or dead. Soon after he and his crew set up their film equipment in the hospital, they encounter frightening demonic entities that end up killing or abducting everyone except Wright. He eventually finds the leader of the first movie crew, who has been trapped for years in an underground tunnel that acts as a vortex with no means of escape. The evil presence wants Wright to "finish the film" in order to survive and escape.
MOST POPULAR DVD RELEASES
LATEST DVD DATES
[view all]