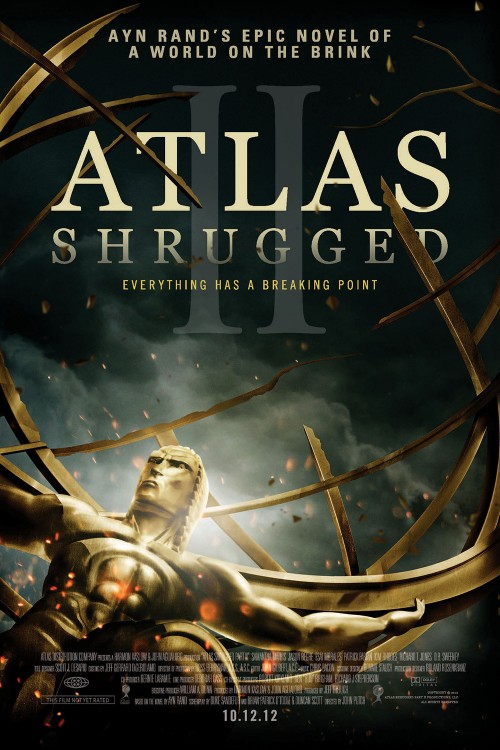 PG-13 Drama, Mystery, Science Fiction
The products below contain affiliate links. We may receive a commission for purchases made through these links.
POSTERS
‹ ›

5.3
"Atlas Shrugged II: The Strike" revolves around the misadventures of Dagny Taggart as she searches for the mysterious figure of John Galt. The film makes an attempt to establish "Who Is John Galt?" as a social media catch phrase. However, long time fans of Star Trek and Star Wars need not worry about such a phrase replacing "Live long and prosper" or "May the force be with you". Like the previous film, "Atlas Shrugged II: The Strike" attempts to make sense of Ayn Rand's long, misguided, rambling novel. And, like its predecessor and the ideology of Objectivism that both are based on, it fails. The characters of Dagny and her brother James are wooden and unsympathetic. At the end of the film, young Dagny does finally meet John Galt. However, the credits roll, and it is revealed that the viewer will have to wait until the third film to learn just what is really going on.
MOST POPULAR DVD RELEASES
LATEST DVD DATES
[view all]