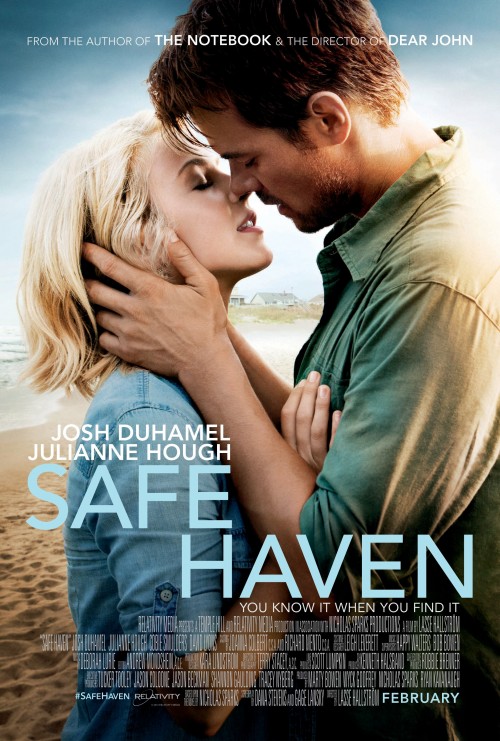 PG-13 Romance
The products below contain affiliate links. We may receive a commission for purchases made through these links.
TRAILER

6.7
A young woman named Katie, played by Julianne Hough, tries to escape her troubled past by moving to the small town of Southport, North Carolina. Her aloof demeanor and resistance to the residents' friendly advances quickly draws the attention of just about everyone. She especially catches the eye of a widowed shop owner in town who is a father of two. Slowly but surely Alex (Josh Duhamel) wins Katie over, and she begins to entertain the idea of settling in and putting down roots. Just when things are looking up, Katie's past shows up to haunt her, snatching the small rug off security she had established out from under her feet. She is quickly forced to choose whether she will run again or stand and face her demons with Alex by her side. With a plot twist you won't see coming, "Safe Haven" will have you rooting for love to the very end.
MOST POPULAR DVD RELEASES
LATEST DVD DATES
[view all]